The showcase was also attended by Mr. Craig Chittick – Australian Ambassador to Vietnam; Mr. Pham Dai Duong – Deputy Minister of Science and Technology; officers of the Australian Embassy and Ministry of Science and Technology; representatives of the Ministry of Foreign Affairs; and enterprises and organizations in the field of innovation in Vietnam as well as media units.

In his opening speech, Mr. Chu Ngoc Anh – Minister of Science and Technology said: “The Australian Government supports the Vietnamese Government to formulate and develop a national innovation system and to pilot projects in key fields of Australia’s strength. We have identified key areas such as agriculture, manufacturing, thereby promoting economic benefits as well as modernizing these areas, securing employment in the context of the fourth industrial revolution”. In addition, the Minister made a commitment that MOST would exert the best efforts for cooperation in science and technology between the two countries to achieve the upmost results and expressed his gratitude to the Australian Government, Deputy Prime Minister cum Head of Department of Foreign Affairs and Trade – Ms. Julie Bishop, Australian Ambassador to Vietnam – Craig Chittick and other participants. 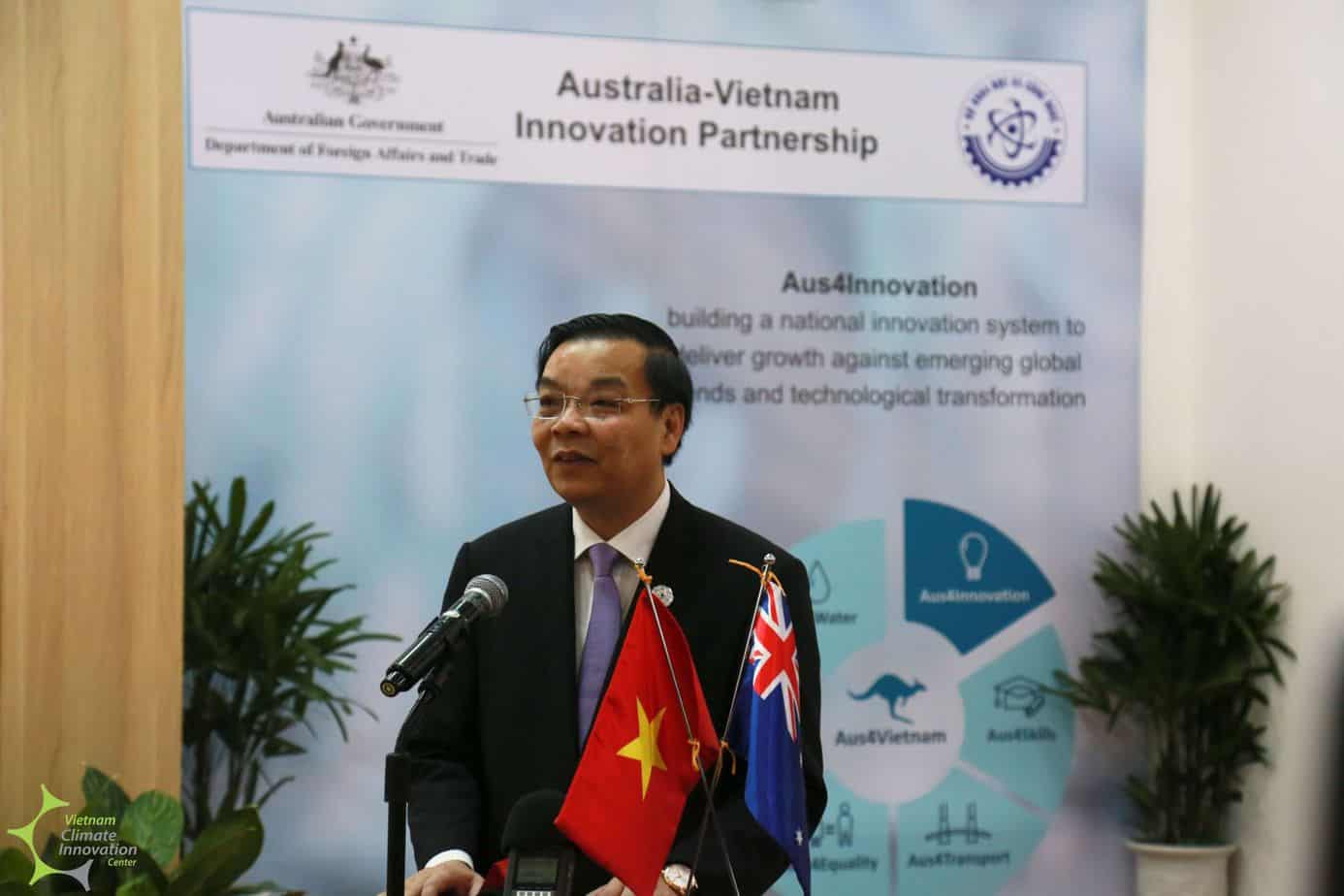 “It is my pleasure to be here and witness all the technical advances developed in Vietnam. I believe that our focus in the near future is to support Vietnam in responding to the future uncertainties with the emphasis on innovation.”, said Ms. Julie Bishop – Deputy Prime Minister cum Head of Department of Foreign Affairs and Trade. “I have also seen a number of impressive examples through technological demonstration booths of enterprises. For example, the smart streetlighting system is a remarkable technological product to help our city operate more efficiently, thereby contributing to the national prosperity. In addition, there are some other products such as the solution to raise and control the quality of shrimp or the application of artificial intelligence to change the educational awareness. This plays a vital role in our partnership on innovation.” 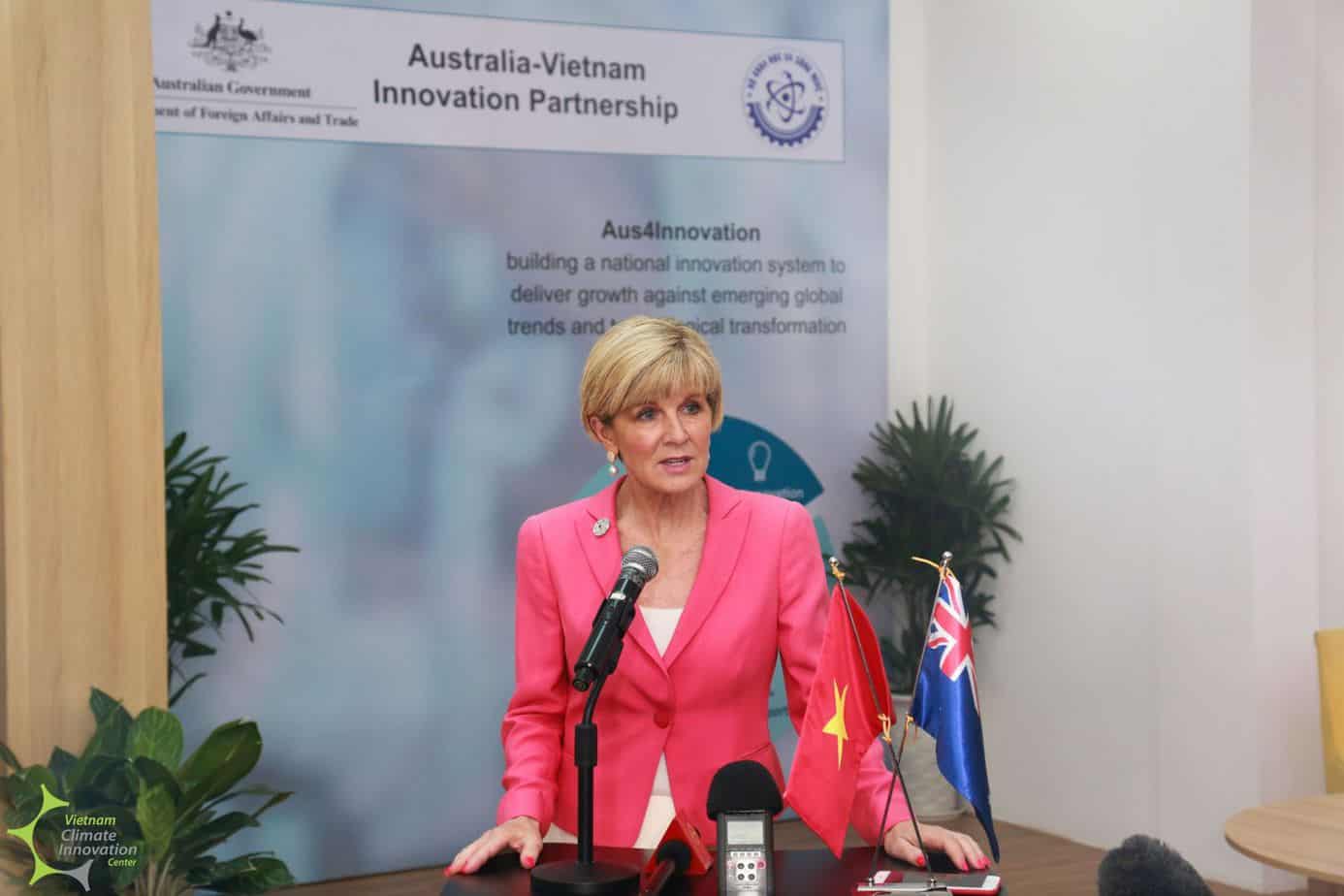 Also, senior officials visited the technology demonstration booths, including the Smart Street Light – a roadshow of the future – demo by S3 Technology, one of the enterprises awarded “the 2nd Vietnam Climate Innovation Startups” by VCIC in October 2017. 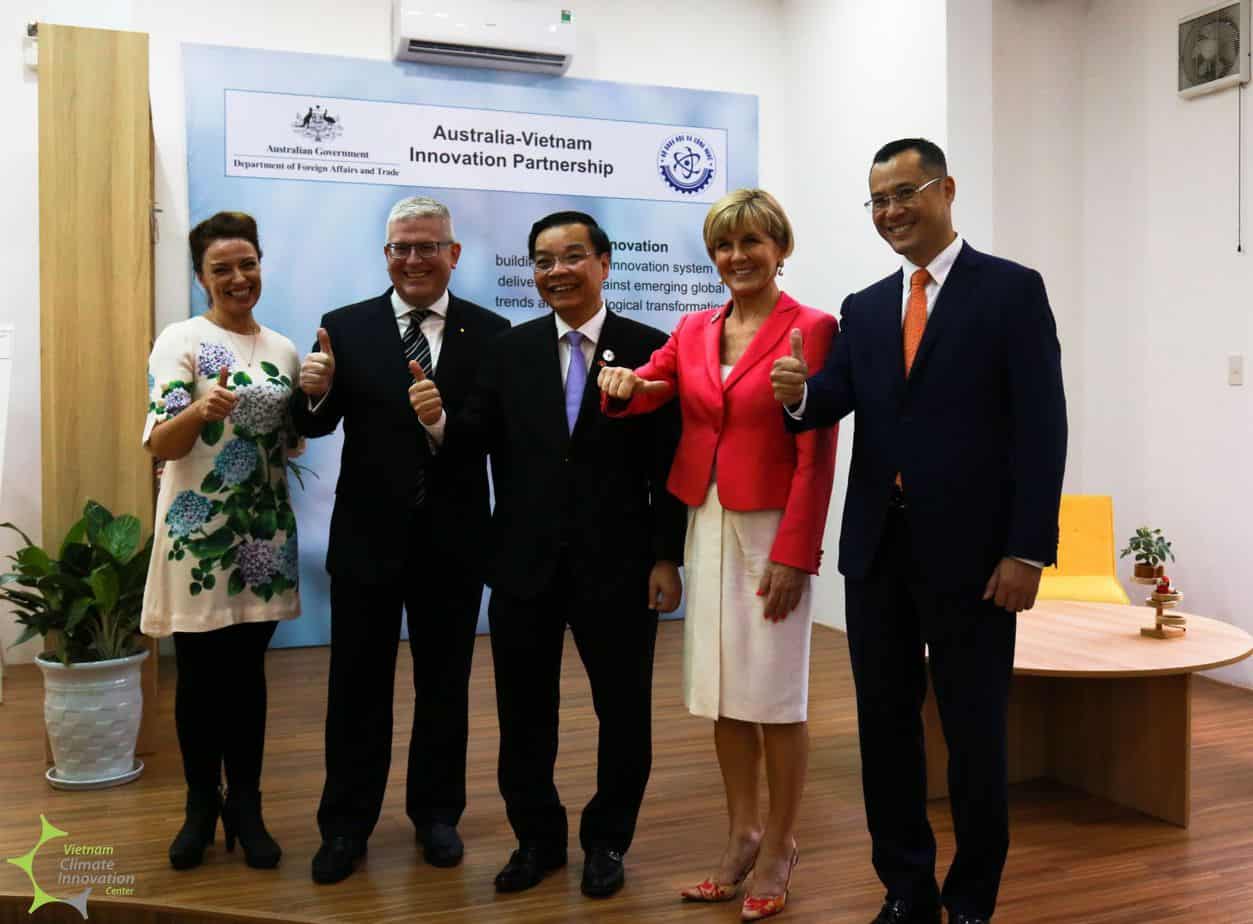 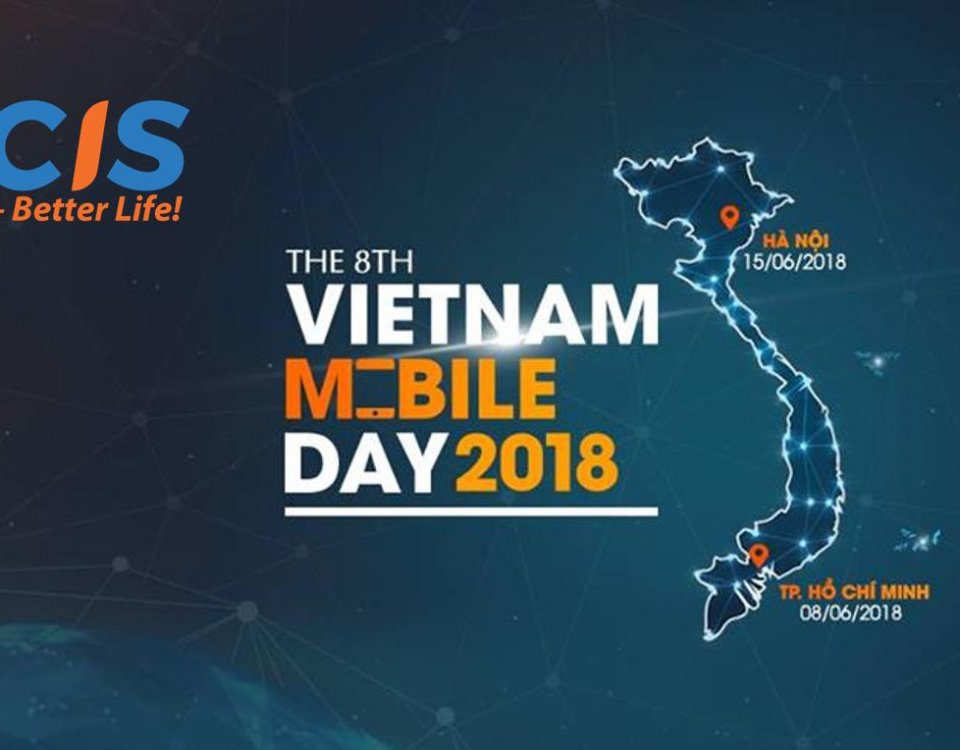